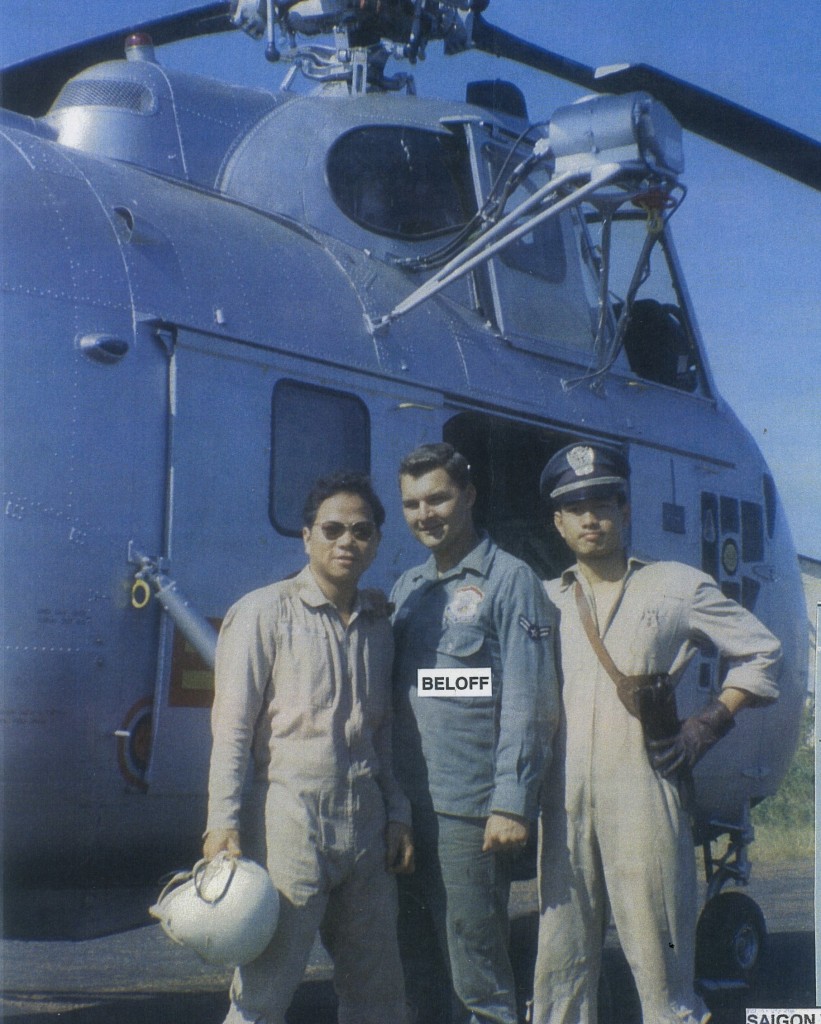 Alex with his two Vietnamese helicopter pilots (1961) who took Alex and his tool box to various, CRYPTO, TACAN, GCA and radar sites in Vietnam and Laos forward areas

Alex joined the U. S. Air Force in 1960 and spent 750 days in the rice paddies of Vietnam.   He had top secret clearance for keeping the T.A.C.A.N., GCA, and radar sites in hostel forward areas in working order to allow the airplanes to land and take off.  He was with the 1st MOB in Vietnam, Laos, Thailand, and Philippines from 1961 to 1963.  When he returned from Vietnam, he was with SAC wings in Florida and Indiana.

Pilot with helmet is LUAN VAN TRAN and his nickname with Special Forces was “Cowboy”.  His fellow helicopter pilot DZUONG VUONG saw this brochure 10/19/16 at Rotary and recognized his dear friend  –  53 years later Alex has Luan’s actual name thanks to his friend. 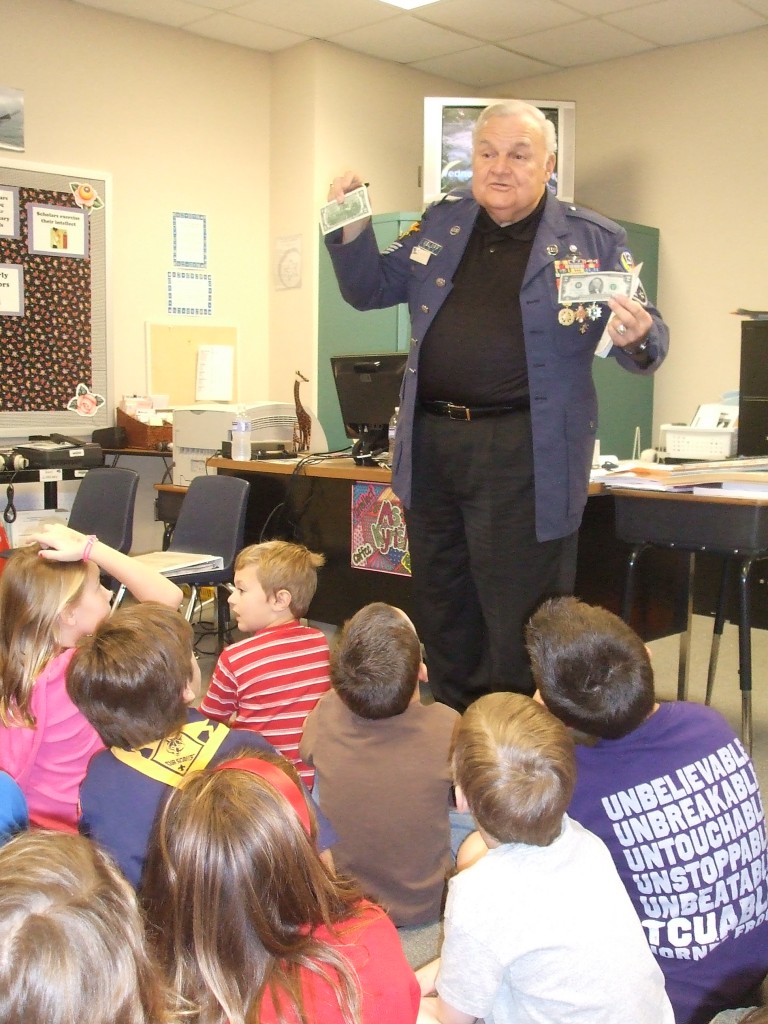 Alex during his Vietnam presentation to Keller Harvel second graders 2013

Alex has shared for eight years some of his personal stories and military experiences about the Country of Vietnam, Laos, and Thailand.  He tells of the children, cultures and animals to all the second graders at Keller Harvel Elementary School on Veteran’s Day.  They are riveted to the power point presentation and they remember so much.  The children are amazing and love the four page brochure they receive.  There is also a treasure hunt list with the items displayed in the brochure.  The thank you letters Alex receives from each child is priceless.  They ask questions and then Alex personally answers by hand each letter.

Alex proudly displays the United States flag at home, Vietnam veteran plates on his 1991 Cadillac and is “Proud To Be An American” as the song lyrics say!

2020 The 1st MOB young men formed a bond that is remembered and revered today. Alex, Mike Allred and Ed Graham were three such Air Force soldiers as pictured here. In 2012 Alex asked Ed Graham if he knew where Mike Allred lived. Ed called back and said he found Mike in Irving, Texas. Did Alex know where that was. Yes, Alex said. It is right next to Grapevine where I live. Mike and Alex had a great reunion and their friendship continued.

It is with great sadness as we say that Mike heard the Lord call his name 3 July, 2020. Our prayers and thoughts are with his wife, Jean, and their family. It was with great respect that we attended Mike’s service as well as the gathering at the Dallas National Cemetery. Alex said a few words about his friend Mike and a family member captured it on video. Hope you will watch and listen to a Vietnam in-country veteran as Alex honors Mike and then salutes the casket. Mike’s grandson created this beautiful photo for the family.